Information about New Milton and Major Events, Clubs  Societies and other local news

Aldi Stores through their agents have resubmitted a revised Planning Application to build a Store on land at Solent Industrial Estate, off Caird Avenue in New Milton.  This would indicate that they have once again rejected other sites in the Town including in the Town Centre, as being unsuitable for their business model and the way they operate their business. 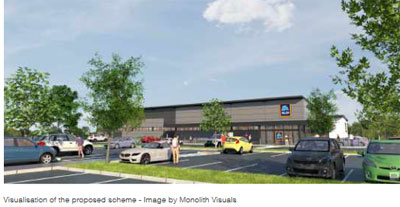 You can view the details of the submission and make your own comments based on the information provided, by visiting the New Forest District Council Planning website at:-

and entering the keyword 20/11029 being the Case Number of this Application.

The coronavirus has put paid to many a celebration this year, but the Community Centre in New Milton was able to find a way to celebrate its Diamond Anniversary.

In September 1960 it was proposed that New Milton should have its own Community Centre and eventually it first occupied former Council offices in Station Road.

After much fund-raising, the New Milton Community Association bought property in Osborne Road on which it was able to build a home of its own.

On 1 October, a rose, Diamond Days, was planted in the Community Centre’s garden by Alvin Reid, the Mayor of New Milton, to celebrate all the hard work that the Centre’s volunteers have undertaken over 60 years, to provide social and recreational activities to the people of New Milton. 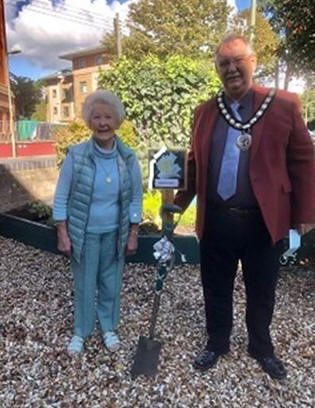 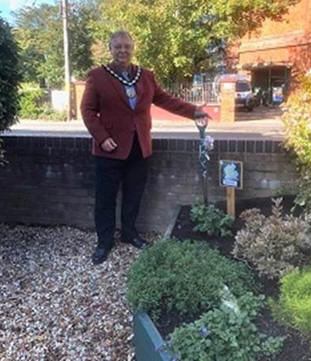 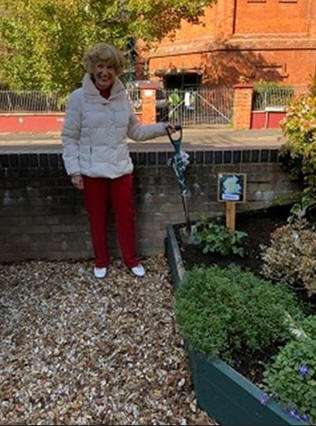 Volunteer Genevieve Sagar who will tend the rose 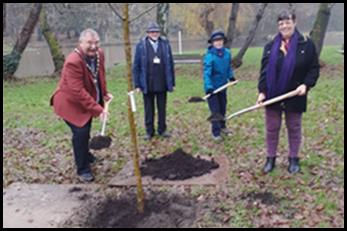 The War Memorial on New Milton Recreation Ground is our focal point for Remembrance, particularly on Remembrance Sunday and Armistice Day, a place where the names of the brave Miltonians, who fought and fell during conflicts and wars, are inscribed for all to see on the base of the monument.

There are 223 names inscribed on the War Memorial.  They are not just names though. Their inscription is a reminder to us of the brave people who sacrificed their lives, 83 during WW1 and 140 in WW2.  We will remember them. 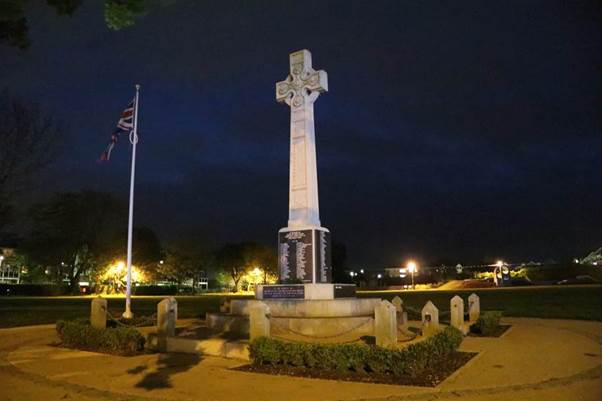 Thanks to the legacy of Reverend John Edward Kelsall, the War Memorial was commissioned from funds received by public subscription.  The Memorial was proudly unveiled on Sunday 26 September 1920, to a large congregation consisting of local residents, boy scouts, girl guides and local school children.  The Dedication Ceremony involved a large united choir singing hymns, local clergy giving dedication prayers, addressing the congregation saying that “the hearts of their brothers, whose names were on the cross, had often turned homeward in the day of battle and that the beautiful monument would prove that they were not forgotten here”. 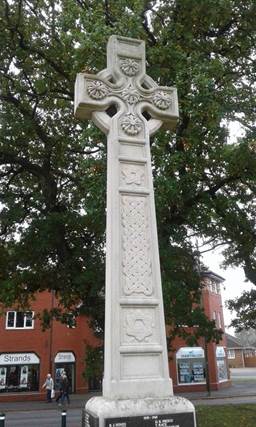 The Town Council had hoped to host a celebration event this year at the War Memorial on its Centenary anniversary, but unfortunately due to the Covid pandemic and restrictions at this time we have postponed our celebration until next year.

In honour of the Centenary anniversary, the Amenities Committee have proposed to plant a Centenary Rose Garden which will see climbing roses such as Strawberry Hill and Bathsheba,  and shrub roses such as Golden Celebration and Summer Song planted under a pergola on the Recreation Ground in the South Western corner.

The full history of the War Memorial and the Recreation Ground has been recorded by Nick Saunders of the Milton Heritage Society and it has recently been printed in The New Milton Mail.

You can read the article here:

NEW MILTON LIONS LIVE UP TO THEIR MOTTO – ‘TOGETHER WE SERVE’

In a massive logistical exercise, The Lions Club of New Milton has coordinated the provision of over 1,000 food deliveries to needy families with children, in New Milton and the local area over the past 22 weeks.

Working in conjunction with The New Forest Basics Bank, the schools who identified the recipients and New Milton Town Council who provided the transport; every Friday an average of 45 deliveries to those who needed the assistance most during these difficult times have been made. At the height of the pandemic, some 70 odd family deliveries were being made.

At the same time, an Appeal was made to its members, to local Town Councillors and with a donation from the Lions Club of Great Britain, it has been possible to present a Cheque for £5,050 to help the Basics Bank in its on-going day-to-day operations.

At a presentation made at the Basics Bank in Lymington on Friday 11th September, Oliver Stanley, the Chairman thanked all who had assisted in this project and especially Peter Bousfield, the Lions Club Welfare Chairman who ensured everything went as smoothly as possible. He also thanked those at the Basics Bank who had pulled out all the stops to ensure that their normal operations were maintained whilst this additional workload was handled efficiently.

Lions Club ‘Certificates of Appreciation’ were also handed to all those who had been directly involved, including Mark Jeffries, the Estates and Facilities Manager at New Milton Town Council and his team of 6 ground staff who made the deliveries.

Whilst presenting the cheque and certificates, Lions President Steve Merrifield commented “the Lions Club was so proud to have been involved in such an important project during the Covid-19 pandemic and to have been able to also make this financial contribution to the on-going work of the New Forest Basics Bank.  It is at times like these that we need groups to come together to help those less fortunate than most of us. It just shows what can be achieved if the community works together with a common goal’

The Lions Club of New Milton which has 26 members, is part of the world’s largest service organisation with more than 1.4 million members working in over 200 countries around the world. Lions President Steve Merrifield further commented “Lions Clubs try to respond to local needs as well as wider national and worldwide requirements, to work effectively and professionally, to make a difference and importantly, at the same time to have fun.  This was a good example of how we work – and hopefully might encourage others to come and join us.”