Where to get news about New Milton and the surrounding area 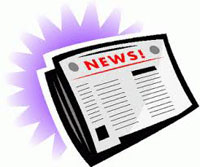 New Milton is served by a number of Local Newspapers and several 'freebie' Magazines :-

The New Milton Advertiser & Lymington Times newspapers are traditional, paid-for weekly broadsheet newspapers and have earned their place at the heart of the local community since their origins in 1928. A highly-trusted source of quality local news and information, The New Milton Advertiser & Lymington Times newspapers until recently were owned by a local family, but in October 2020, the paper left the ownership of the Curry family and was acquired by a consortium of the Iliffe Media Group and Peter and Roy Fowler.

The papers enjoy a combined circulation of just over 14,000 copies and cover an area that encompasses the New Forest and surrounding areas.

The Daily Echo is part of the Newsquest Group and the Group newspapers covers a wide geographic area on the South Coast..

Four free magazines which provides a wide variety of news and local information and provides an effective advertising platform for local businesses. They are seen by 36,000+ residents in the Barton-On-Sea, New Milton and Highcliffe-On-Sea areas, including Ashley, Bashley and Wootton.